America is Addicted To Sugar 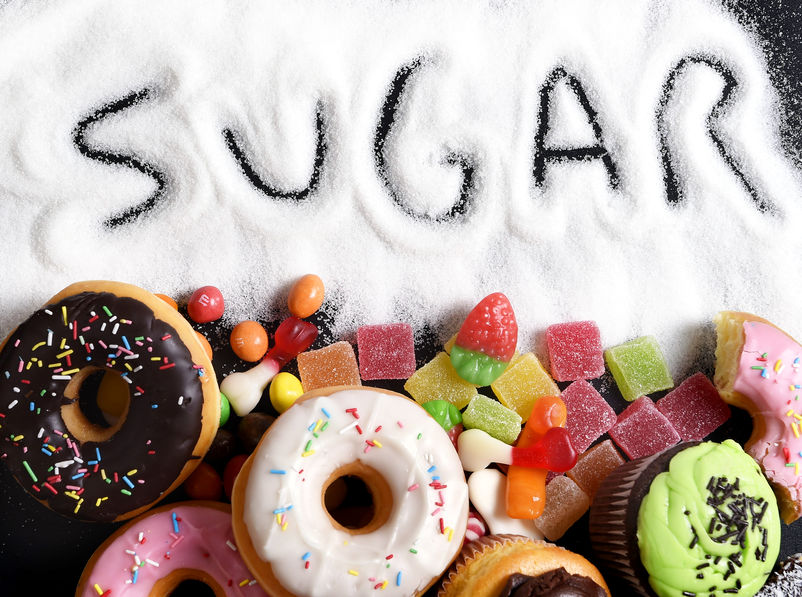 Food processing (preparing and preserving) is a practice that was employed by our early ancestors.  Methods such as slating, drying, fermenting, curing, roasting and smoking were used by members of early hunter-gatherer civilizations. These primitive but effective techniques are still in use today. However, the concept of processing food has technologically advanced into methods that are harmful, if not deadly,  yet they are widely accepted as good food. The use of chemicals and refined sugar were obviously not the way our paleo ancestors prepared and preserved food and they shouldn’t be the way for modern humans.

Unfortunately today, the word “ processed” refers to foods that have been chemically altered with the aim of lowering manufacturing costs,  extending shelf life, enhancing flavor and providing convenience. Sugar is one of the most common tools used in food processing.

Billions of dollars are being made through the addition artificial chemical flavorings, preservatives, coloring and other additives. High fructose corn syrup or sugar from genetically modified sources are commonly found on the label of processed “Franken-foods.” Sugar acts as a flavor enhancer, preservative and visual enhancer. What you’re not being told is that sugar is a dangerous and addictive substance, some say it’s more addictive than cocaine.

Sadly, people are eating more sugar than ever. According to the 2015 Dietary Guideline Advisory Committee, Americans are consuming, on average, about 160 pounds of sugar per year per person. More shocking information is found in a study published in the JAMA Internal Medicine where you can see the findings of a 15 year long study on sugar and cardiovascular disease mortality in the United States. Subjects who consumed 25% of their daily calories from sugar were more than twice as likely to die from heart disease than those who consumed less than 10% of their calories from added sugar. Furthermore, the odds of dying rose along with the percentage of sugar in the subjects diet. The correlation was consistent regardless of gender, age, activity level and BMI.

Several studies have revealed that sugar has disturbing effects on most metabolic activities and is a major cause of inflammation. Inflammation is known to be a root cause of most disease and illness.The majority of the America’s killer diseases (cardiovascular disease, obesity and diabetes) are all closely linked to sugar consumption.

We know that sugar calories are empty, devoid of nutritional value. Most nutritive content of food is stripped during processing and its often replaced with synthetic or inferior alternatives that allow companies to meet label claim RDA’s for vitamins and minerals. Its seems silly doesn’t it? It is.

It is not an irony that processed foods with high sugar content have been implicated in the increasing rate of chronic diseases and alarming obesity rate in our country. But the question remains: what are you going to do about it? Are you or someone you love a sugar junkie? There is a solution.

Get back to nature. Dump the processed foods and go paleo. We can help you. I advise my patients regardless of age and condition to adopt an organic paleo diet and the results are amazing without exception. Often times, within as little as a few days on a clean paleo diet, patients will undergo a detox and have immediate positive results. This kind of satisfaction is awesome to witness. Remember one of our motto’s at The Drs. Wolfson is “the cause is the cure”. Cutting sugar from your diet could very well be the miracle you’ve been looking for.