Looking to Jump Start Your Sex Life? Testosterone Is Not The Answer. 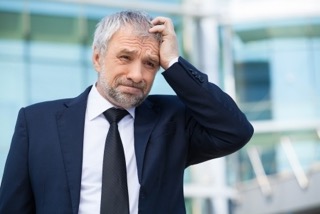 Thinking about starting testosterone to boost libido?
Think again. New evidence finds the male hormone can be good for your heart, but it does not turn back the clock to age 18.

I often ask patients about their libido and sexual function. Initially I was surprised at the answers I received. The vast majority of men readily admitted disappointment in the continued lack of sex drive, despite testosterone therapy.
A new study confirms that low-normal and slightly low levels of T do not get a boost in between the sheets from starting hormone therapy.

No Improvement In Sex Life
“That was the surprising thing,” said the study author Dr. Shalender Bhasin. “Many middle-aged and older men take testosterone because they feel it will improve their sex life, but the study showed that men who had low-normal or slightly low levels did not show any improvement.”

Testosterone therapy has become big business in the United States at around $2 billion per year.

“Testosterone has become a blockbuster drug,” he said. “It’s just extraordinary growth, and there’s been growing concern among the regulatory agencies about the potential for the increase in risk of cardiac events.”

The study enrolled over 300 men above the age of 60. Half got testosterone and half received placebo. The good news was that coronary artery calcification did not progress. The bad news, neither did sexual desire or erectile function.

The study was only for three years so heart attack differences and risk could not be determined. But in those three years, heart attacks did not increase. Again, long term randomized trials have not been done.