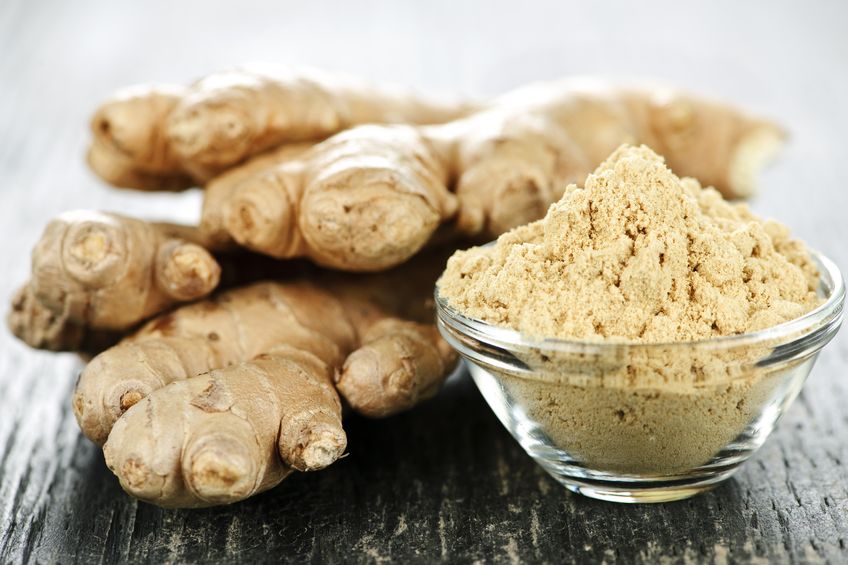 Ginger is an ancient spice that is notorious for the long list of health benefits it can provide. Scientific research continues to provide us with insights into this healing spice.

Ginger is known as a flowering plant, but it is the root used widely as a spice for cooking and medicinal value. Ginger root is considered a rhizome (an underground stem) of a plant, which is what gives ginger its unusual shape. The rhizome has a waxy outer coating and soft, spicy inside.

Gingerol, the most bioactive compound found within the ginger root, is known to exert its pharmaceutical and physiological effects. Gingerol is the prominent compound that comes from fresh ginger and shogaol is the primary compound from dried, ground ginger. Zingiberaceae is the family from which ginger, along with turmeric and cardamom, originate. The production of ginger occurs largely in India and China, as well as other Asian countries and tropical Africa.

The dried forms of ginger are used for a variety of symptoms and clinical conditions. The essential oil of ginger is also used greatly as an analgesic (pain reliever). Nutritionally, raw ginger is comprised of a large portion of water and vitamins and minerals like vitamin B6, magnesium and manganese.

Some studies have suggested potential drug interactions regarding high quantity consumption of ginger with drugs like warfarin (Shalansky et al., 2007) and nifedipine (Jia-Xuan et al., 2015), while other studies negate this. This is just something to be aware of.

Overall, ginger is a potent, health-promoting spice that should be added to your dietary and wellness routine.

Read below for the top eight health benefits of ginger:

Now that you’ve learned about the health-boosting benefits and healing properties of ginger, here’s a recipe for Ginger Tea and a recipe for a Ginger/Kale Detox Smoothie!