Vitamin K2 | What You Need to Know 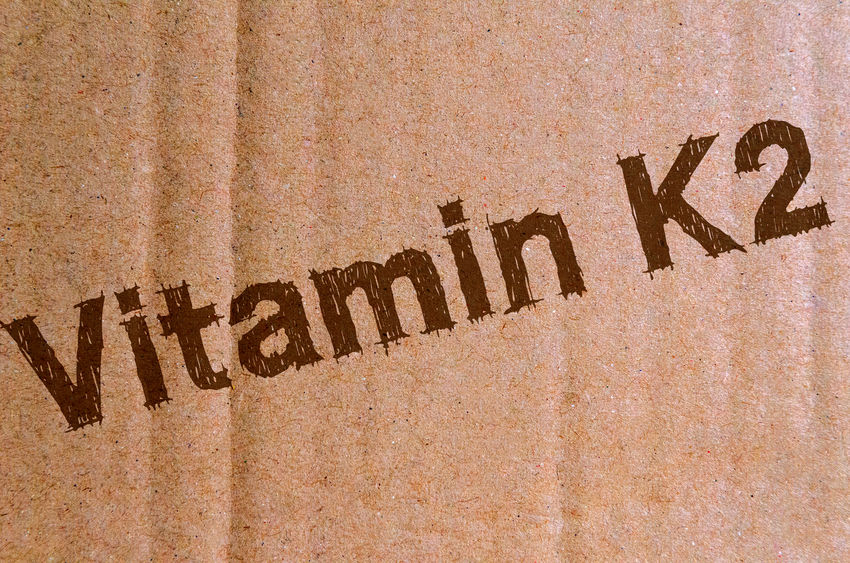 What is vitamin K?

Vitamin K is a name given to a group of fat-soluble vitamins. There are two main types of vitamin K: K1 and K2. They are considered essential “helper” molecules for the production of a variety of proteins needed for reactions like blood clotting, calcium regulation and heart health.

How is vitamin K1 different than vitamin K2?

Vitamin K was discovered in the early 1930’s and documented in a German scientific journal for its role in “koagulation” (coagulation, or blood clotting), giving it its signature vitamin “K” name.

Since then, all of the attention for K has been predominantly on its purpose for blood clotting. Although both forms (K1 and K2) were discovered at the same time, it was thought that they simply had structural differences. Until recently, it wasn’t known that K2 had a separate and distinct function in health than K1 (blood clotting).

K2 has been found to play a vital role in maintaining healthy arteries and bones by keeping calcium in bones and teeth and out of arteries.

Research has shown that K1 is functionally very different than K2 and some scientists feel they should be classified as separate nutrients all together.

While a K1 deficiency is rare, a K2 deficiency is much more likely. Deficiency of K2 has been linked with arterial calcification and osteoporosis. It has long been known that individuals with a lack of calcium in their bones are more likely to have an excess of calcium in their arteries.  In fact, the calcium deposits in arteries are more similar to bone and could be thought of bone formation within blood vessels.

Osteoporosis and heart disease may seem unrelatable at first, yet there are several key regulators of bone tissue which are also present in atherosclerotic plaque such as matrix GLA-protein (MGP) and osteocalcin, both of which can be influenced by K2 (Source).

K2 activates MGP protein. MGP is a K2-dependent protein expressed in vascular tissue and is a major inhibitor of vascular calcification. Vitamin K2-activated MGP is considered the most potent factor for preventing and reversing the arterial calcification involved in atherosclerosis. Vascular calcification is a major risk factor for heart disease and heart attacks. Less calcium in arterial walls means arteries are structurally healthy and have better blood flow from the heart to the rest of the body.

A genetic MGP deficiency in humans is known as Keutel Syndrome. This is a rare genetic disease that results in severe cartilage calcifications along with artery stenosis (blockages), highlighting the major importance of K2 for preventing calcification.

K2, or menaquinone, is found in animal food and fermented foods. Almost all subgroups, with the exception of MK4, can also be made in your gut. The large bowel contains substantial amounts of long-chain menaquinones.

Vitamin K2, can further be divided into subgroups. The two main forms of K2 for health are MK4 and MK7. Animal foods contain the MK4 form while fermented foods like sauerkraut and natto contain the longer chain K2 forms like MK7, etc.

The short answer is no.

While the body can convert some K1 into K2 in the gut, this is not a reliable source of K2 for many reasons.

First, most people have bacterial dysbiosis (due to Leaky Gut Syndrome) and are not able to fully convert K1. Intake of antibiotics has also been associated with K2 deficiency.

Additionally, it is thought that the conversion rate of K1 to K2 in humans is not significantly high enough for optimal health.

Therefore, it is imperative to get sufficient amounts of both forms of K2 in the diet and in supplement form.

Are you getting enough K2?

Supplementation is likely necessary for cardiovascular and bone health. It is widely thought that individuals at risk for heart disease should supplement with vitamin K2.

In fact, it has been suggested by established research that the Recommended Daily Allowance levels put forth by the U.S. dietary guidelines for vitamin K (including vitamin K2) are too low to prevent arterial calcification (Source).

It really is no wonder that the United States has the highest rates of heart disease, with increased calcium intake due to promotion of milk and dairy products along with exceptionally low levels of vitamin K2 intake due to standard dietary guidelines, leaky gut and regularly prescribed pharmaceuticals.

What do I supplement with?

We recommend our Super K.

Take one cap daily for healthy arteries to prevent and reverse calcification.

Vitamin K2 (and any other fat-soluble vitamin) should be consumed with a high-fat meal for best absorption.

What you need to know about K2: