Vitamin B12 Deficiency Symptoms | How to Know if You Are Deficient 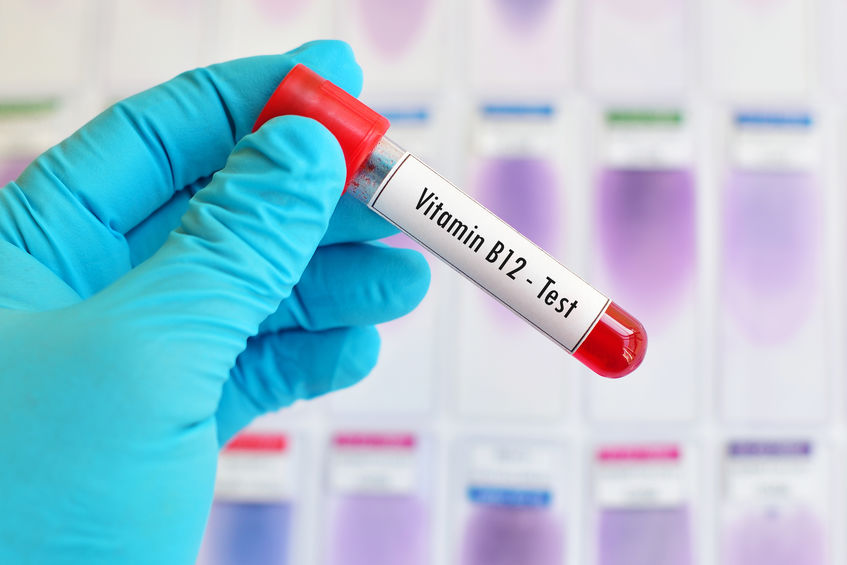 You probably recognize B12 as the energy vitamin. You are correct.

But vitamin B12, also known as cobalamin, is a very important water-soluble nutrient essential to health. It keeps the body’s blood cells and nerve cells healthy. It aids in the production of DNA, the cell’s genetic material. B12 is needed to prevent anemia. One of its most important roles is to serve as a methyl group donor in detoxification reactions. Methylation is a fancy word for greasing the wheels of the body.

Vitamin B12 is found predominantly in animal foods such as meat, fish, eggs and dairy. Beef liver and clams are two of the best B12 sources there are. Fortified plant-based sources also contain vitamin B12 yet plant sources of B12 are not very bioavailable.

Vitamin B12 is uniquely absorbed in the body. The body must undergo two steps to fully absorb B12 from food. First, it must have enough hydrochloric acid (or stomach acid) to isolate B12 from the food protein. Then, the stomach must attach it to a different protein it makes (called intrinsic factor) in order to be absorbed by the body.

If any of these steps go awry, then absorption of B12 becomes impacted.

The body also needs to be able to activate vitamin B12 to its active form, which is methylcobalamin.

What are the symptoms of a B12 deficiency?

The symptoms of a B12 deficiency can take years to be revealed. These symptoms are often mistaken for other nutrient deficiencies, as well. Get advanced micronutrient testing done in order to know how much B12 you have. We want to know not only the level of vitamin B12 in your blood but also the concentration of it in your cells. If your B12 stores are low, you will likely need to supplement.

Here are the 6 main symptoms of a B12 deficiency:

Who is at risk for a B12 deficiency?

There are many individuals who are at risk for a B12 deficiency. Anyone who is unable to fully absorb or activate B12 or doesn’t get enough from their diet (i.e. vegans) are at risk.

B12 deficient populations include but are not limited to:

What are some effects of B12 on health?

Can I get adequate levels of B12 from food alone?

The short answer is no.

There are many reasons why today’s food is depleted of adequate levels of nutrients.

The absorption, assimilation and activation of vitamin B12 is a complicated process that can go haywire in a number of ways. Due to the high rate of errors and complications when it comes to B12 metabolism, it is easy to develop a B12 deficiency.

Additionally, there are many factors that decrease absorption of vitamin B12 and its availability to the body including: decreased stomach acid, pharmaceuticals, immune dysfunction, regular intake of alcohol, Celiac disease or other disorders along with poor nutrient status of foods. Additionally, pregnant or breastfeeding women need increased intakes of B12.

We recommend Homocysteine Support if you’re in need of high dose B12 (and other B’s) to lower Homocysteine. This is a high dose form of methylated, or “activated”, B12 (methylcobalamin). This supplement is a must for individuals with the MTHFR mutation. It is also great for those at risk for a B12 deficiency.

We also recommend Hydroxy Force. This is high in B12, B6 and folate to boost levels and prevent neurodegenerative disease, increase energy and combat fatigue. This is a sublingual form that is best for those with gut issues that affect absorption such as SIBO or leaky gut.

Additionally, for health maintenance, B12 is also found in our multivitamin.