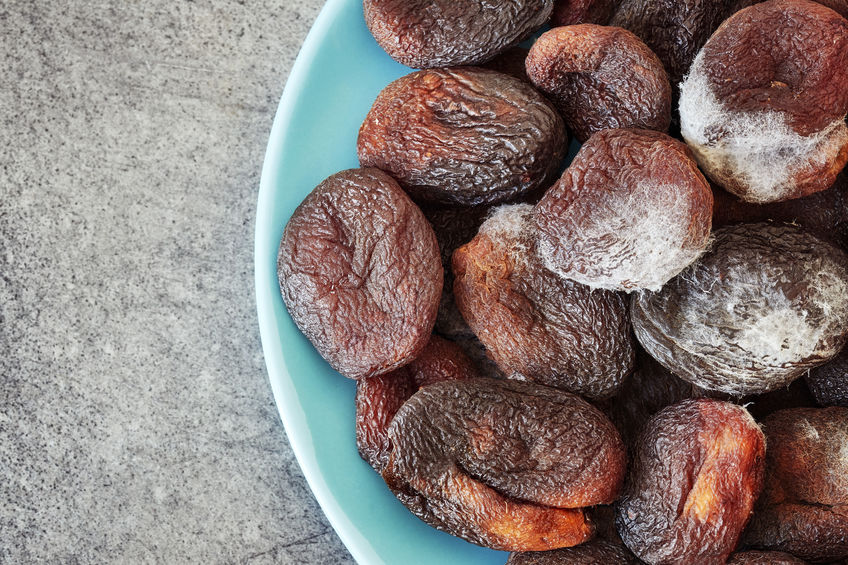 Most people are familiar with mold, the green stuff that grows on old cheese. Of course, you recognize the black stuff in the shower or in the sink drain as mold. But, did you know many other foods contain mold?

And they can seriously harm your health.

The earliest recorded evidence of food mycotoxin (mold toxin) exposure occurred in the Middle Ages. Rye bread became contaminated with a fungus and the result was a widespread epidemic of ergotism (food poisoning caused by eating food contaminated with ergot). This mycotoxin grew readily on the heads of grasses like rye and wheat. The epidemic was referred to as St. Anthony’s Fire, as it caused burning sensations in the limbs of the victims.

Mold can grow on most all foods but fresh food with a high-water activity is the most vulnerable. Toxic mold occurs in worldwide food supplies due to mold contamination of susceptible agricultural products including cereals, grains, nuts, fruits, vegetables and coffee beans.

What are the risks associated with mold in foods?

The risk is that mold can produce mycotoxins. Mycotoxins are toxic compounds that are created by specific types of molds. Mycotoxins are different than mold spores. They are considered chemical toxins capable of producing disease and death.

When these fungal metabolites are present in high enough levels in foods, then toxic effects can occur. Symptoms from these toxins can be acute or chronic. Acute symptoms of illness arise quickly after eating including vomiting, diarrhea and liver or kidney deterioration. Long-term symptomatic effects include cancer, immune deficiency or teratogenic effects.

How does one become exposed to food mycotoxins?

Exposure can happen by eating infected food (direct route) or by eating animals that were fed contaminated feed (indirect route).

There are thousands of mycotoxins but only a handful that are associated with a food safety risk. Typically, these toxic metabolites are found in grains and nut products.

Food mycotoxins are chemically stable meaning they can survive food processing and are also difficult to detect.

How does food become contaminated with mycotoxins?

Mold growth can occur at several different points of food production including but not limited to:

Essentially, mold growth occurs in the food chain as a result of crops being contaminated at some point either before or after harvest. Foods can become contaminated below the surface and form threads of mold deep within the product. Moldy foods are often also contaminated with bacteria simultaneously.

Grains are usually the most affected food product. Detection of fungal toxins is difficult. Unfortunately, one of the ways the industry is trying to now control for mycotoxins in grains is to create genetically modified grains that are resistant to insects and fungal infections.

How can I minimize my risk for mycotoxins?

How do you know if your body contains mold? Get TESTED. We prefer the Vibrant Wellness Mold Mycotoxin test. There are 31 mycotoxins tested from one urine sample. Simple, easy and affordable. Go over the results with one of our health coaches. Order here.