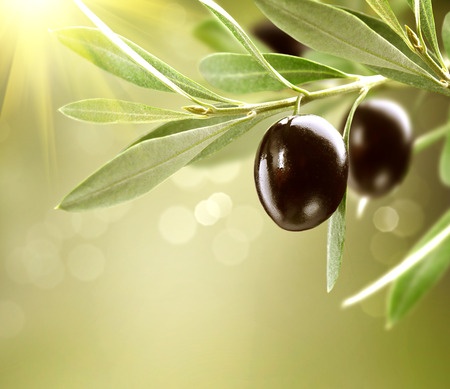 The benefits of olives and olive oil have been recognized for millennia. What is known as the Mediterranean Diet has the best science attesting to health and longevity. (We are Paleo nutrition supporters, eliminating the grain consumption from the Med Diet).

Many components of olives appear to be important to its medicinal value, but one molecule stands out: oleuropein. This polyphenol that can improve cholesterol and blood pressure, protect against cancer, protect against oxidative damage, and help guard against dementia!

We recommend eating plenty of olives and using unheated olive oil liberally on salads and other recipes. In addition, you can harness the benefits of oleuropein by taking olive leaf extract in supplement form.

Olive polyphenolic compounds, such as oleuropein, hydroxytyrosol, or tyrosol, possess antioxidant, anti-inflammatory, anti-atherosclerotic, anti-ischemic, and hypolipidemic effects on the myocardium as demonstrated by various in vitro and in vivo studies.

One study was conducted among identical twins with borderline hypertension. After 8 weeks, placebo recipients showed no change in blood pressure from baseline, but patients supplemented with 1,000 mg/day of olive leaf extract dropped their pressures by a mean of 11 mmHg systolic and 4 mmHg diastolic.

When it comes to blood pressure and supplements, the first two I reach for is Heart Beet and Vessel Support, while cranking up magnesium and potassium levels. For additional support, the olive leaf extract is the way to go. It works for our patients and should work for you too.

Can olive leaf extract support healthy blood vessels and protect against coronary artery disease? I think the literature says so.

You see, endothelial cells that line arterial walls play a key role in maintaining blood flow. These cells are the barrier between blood flow and the inside of the arteries. If this layer of cells is not functioning, plaque and blockage will form. These plaques eventually impede blood flow and can trigger a heart attack or stroke.

The studies involving the Mediterranean diet demonstrate a lower risk of cancer in those who follow the Med approach. Could this be because of olives, olive oil and the oleuropein?

Tumors in mice completely regressed and disappeared in 9 to 12 days. When the tumors were examined before they vanished, they were found to have a disordered, crumbly consistency, and no cancer cells remained alive within.

Olive extracts can help protect against stroke and the ravages of Parkinson’s disease and dementia. By suppressing inflammation and reducing the damage done by oxidative stress, olive leaf is just what the doctor ordered.

Animal data shows that olive leaf can minimize stroke damage in animals induced to have a stroke.

Olive leaf extracts help prevent these abnormal proteins from assembling into the neurofibrillary tangles seen in the brains of people with Alzheimer’s and similar diseases. Olive oil can be useful in the prevention of dementia.

Olive leaves and their extracts have long been used in the Mediterranean as folk remedies for arthritis. Now scientific evidence has proven that olive leaf extracts can in fact interfere with the development of gout, rheumatoid arthritis, and osteoarthritis.

Oleuropein has also been found to help prevent and treat symptoms of osteoarthritis and rheumatoid arthritis. In animal models of this degenerative joint disease, olive leaf extract improved joint swelling, improved the microscopic appearance of joint tissue, and prevented the production of inflammatory cytokines.

Gout is caused by the accumulation of uric acid crystals in joints. Some uric acid is necessary, but an overload can lead to painful joint symptoms, classically in the big toe. In a mechanism identical to that of allopurinol (the gold standard drug therapy for gout), oleuropein prevents the buildup of uric acid by inhibiting xanthine oxidase, the enzyme responsible for converting DNA and RNA into uric acid.