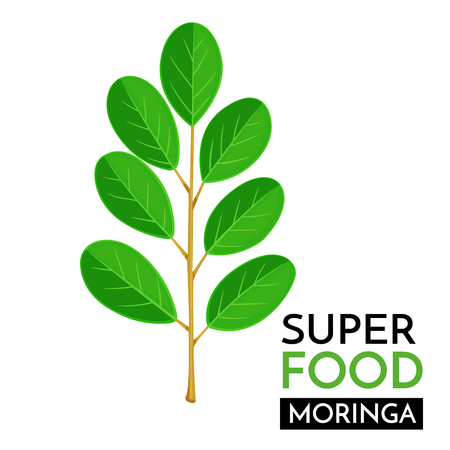 Moringa: A Top Wellness Trend of 2018 and Way to Crank Up Breast Milk

+ A list of benefits and recipes for this superfood!

Happy New Year! It’s time for a new year, new you. The time to focus on health and wellness is now. 2018 is for preventing disease and healing the body with wholesome nutrition. Eating well is a form of self-respect and 2018 should be all about respecting your body to live your happiest, healthiest, most vibrant life.

Along those lines, Well and Good magazine released their annual prediction list of the top wellness trends of the New Year (https://www.wellandgood.com/fitness-wellness-trends/). Coming in at spot #1 for 2018? Moringa. The new superfood slated to take over turmeric’s coveted spot of health-promoting benefits. In fact, they propose that 2018 will be all about moringa, one of the most nutrient dense foods on the planet. We’ll see it incorporated into food products, juices, chips, supplements and even beauty oil.

Moringa oleifera is a tree that grows in the foothills of the Himalayas in India. It is widely cultivated in tropical and subtropical areas. Its seed pods and leaves are grown so that they can be consumed as vegetables and utilized in herbal medicine. It has been widely used in Asia and Africa for years due to its medicinal properties. While India, Caribbean and South American countries have long known the powerful effects of this herbal plant and refer to it as the “Miracle Tree” for a variety of health ailments (Abdul et al., 2014), it is relatively unknown on this side of the equator. The majority of the moringa plant is edible with various countries consuming various plant parts like the flowers, seed pods, mature seeds, leaves, and the oil from the seeds. Interestingly, studies have revealed that each part of the plant (seeds, leaves or flowers) has demonstrated significant, nutritional benefits (Abdul et al., 2014).

Nutritionally, research points to the leaves of the plants as being the most nutritious. The leaves have significant levels of essential vitamins like pro-vitamin A (beta carotene), the B vitamin complex, vitamin C and vitamin K. They also have significant levels of minerals like calcium, magnesium and iron. The leaves also have a considerable amount of protein for a green, leafy vegetable. The leaves can be cooked like spinach or utilized in dried, powder forms for cooking. In fact, the Moringa trees have been used historically to combat malnutrition in underdeveloped regions of the world in both infants and mothers (Kumar, 2004).

A book called the Miracle Tree: The Multiple Attributes of Moringa revealed some interesting nutritional facts about this plant (Fuglie, 1999). It stated that 100 grams of the dry moringa leaf has ten times more vitamin A than carrots, 25 times more iron than spinach, 15 times more potassium than bananas and 12 times more vitamin C than oranges (Fuglie, 1999). A review of the scientific literature concluded that the moringa plant has a wide range of remedial and nutritionally therapeutic properties due to its unique bioactive compounds and nutrients and it should be used extensively within the medicinal fields (Abdul et al., 2014)

Continue reading below for a list of the top scientific benefits of consuming Moringa:

Moringa stimulates breast-milk production according to a recent review of the medical literature.

So say hello to the new kid on the block, moringa. Be sure to try out this top wellness superfood of 2018! You can buy the brand we recommend here.

The Moringa tree is a “Miracle Tree” so add it to your wellness routine. Below are a few recipes to help you kick-start this year’s healthy eating plan.

Note: As always, please be sure to use organic ingredients in each recipe!