Hypertension – You Can Control This 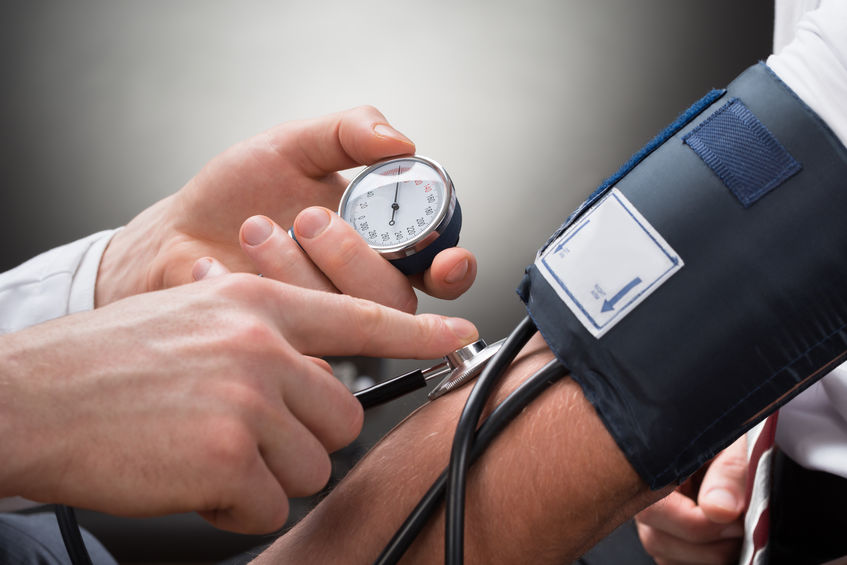 Doctors have recognized for many years that elevated blood pressure is a risk factor for other cardiovascular problems. The good news is, you can control it naturally. This four-part series of blogs will show you how.

For you history buffs, hypertension as a diagnosis is only a couple of hundred years old. Obviously, you cannot see hypertension like you would a skin cancer or an overt hyperthyroidism or an obvious birth defect. The modern blood pressure cuff (BP cuff), known as a ‘sphygmomanometer’, was invented in 1896. But it was Nikolai Korotkoff who described the technique of listening with a stethoscope while a BP cuff is deflated.

The early 20th century physicians soon recognized that high blood pressure raised the risk of heart attack, heart failure, stroke, kidney disease and visual problems. Yet, John Hay, Professor of Medicine at Liverpool University, wrote that “there is some truth in the saying that the greatest danger to a man with a high blood pressure lies in its discovery, because then some fool is certain to try and reduce it.”

This view was echoed by the eminent US cardiologist Paul Dudley White in 1937, who suggested that “hypertension may be an important compensatory mechanism which should not be tampered with, even if we were certain that we could control it.”

Make no mistake about it, hypertension is not a good thing and not a normal finding. The answer, however, lies in finding the cause, not in prescribing mass pharmaceuticals. Because drugs can lower the numbers, but the prevention of complications brought on by the drugs is, well, less than impressive. This is true of most drugs that do not treat, but cover up symptoms.

Many people only have high blood pressure while at the doctor’s office. This is known as “white-coat” hypertension. But in reality, their BP is likely high during any stressful situation. A 24-hour cuff can confirm this diagnosis and your doctor can order it. However, we can assume that if you BP is high in the doctors office, it is likely high when you are fighting with the cable company or stuck in traffic late for a meeting. I can speak to both of these from personal experience.

Even in those labeled as white coat hypertensives, the higher the blood pressure, the higher the risk of bad things happening. Usually, this is over many years, so there is an opportunity to change outcomes without immediate drastic (pharmaceutical) measures.

Millions of Americans are Affected

A large percentage of Americans have hypertension, and likely well over 1 billion worldwide. The risk is higher in African-Americans, people who are obese, and it becomes more common as people age. Sadly, hypertension in children is also increasing at an alarming rate.

This explosion of hypertensive individuals is frightening because it increases the risk of:

When to Sound the Alarm

This post is only for informational purposes, so speak with your doctor. That being said, each individual has their own emergency levels. The question is, when does elevated BP become an emergency. In a general sense, I would say any systolic number above 200 requires your immediate attention. This is also true if you experience symptoms such as headache, chest pain, shortness of breath, or weakness/numbness. It’s my professional opinion that this systolic number (200+) and these symptoms would require immediate action such as using a pharmaceutical prescribed by your physician.

But so many have had high blood pressure for years without catastrophic effects. With my patients, we get control quickly through clean nutrition, shifts in lifestyle, and supplement intervention. Even a chiropractic adjustment can significantly lower BP. I bet you didn’t know that!