Things To Discuss Before You Get Married 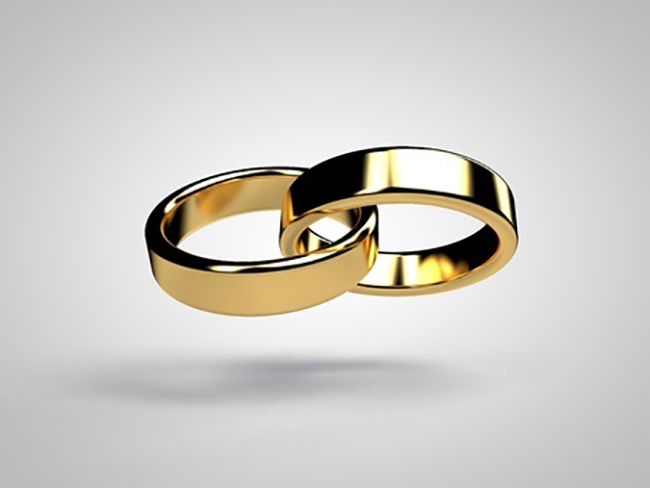 Finding your soulmate is one of the best things in life.
This is the person who you will spend the rest of your life, until death do you part. Likely, you will want to start a family, watch your children grow and have their own children. Humans are not the only ones who seek out long-term companionship. Out here in Arizona, we see quail that travel by two, male and female. In fact, this “marriage” is seen in many animal species including gibbons, wolves, and beavers.

Getting to know you.
In finding your mate for life, you likely discussed many things to assure compatibility. It’s not all about looks, right? The most attractive republican would likely turn away the head of a staunch democrat (except James Carville and Mary Matalin). The truth is that numerous factors feed into the long term success of a relationship. Politics were likely discussed, as was religion or children from a previous marriage.

There are not too many marriages where one spouse goes to temple on Saturday, and the other goes to church on Sunday. In fact, dozens of factors were either talked about or subliminally became apparent before you took the next step.These are things you conversed about PRIOR to marriage. But the most important discussion you never had was how you would raise your children. How you would parent. This is absolutely critical to the long term success and individual happiness in a relationship.

In the opinion of The Drs. Wolfson, here are the topics that must be discussed
and understood before you say, “I do”.

1) Do you want to have children? Obviously, if one person is passionate about bringing life into the world and the other is not, big red flag here. Best to move on early. Sometimes people cannot conceive. Are you both open to and knowledgable about the natural path of facilitating conception which includes chiropractic care and paleo nutrition before jumping to toxic pills, procedures and injections? What if you have to adopt? Is the mother willing to try to stimulate her own milk production to nurse even though she didn’t give birth? It’s definitely possible to do! Is she willing to use her breast to pacify and bond even though she couldn’t produce milk?

2) Where do you want your child to be born? A hospital is the most dangerous, sickly place in the world, why would you want to deliver a baby there? The birthing process is not a medical procedure. Our opinion is to have a home birth, the same place humans have delivered for thousands of years. But your future spouse may not be comfortable with a home birth. There are plenty of books, websites, and resources dedicated to home birthing. Read them before you get married.

3) Breastfeeding. There are some women (tragically) who refuse to breast feed. Some men feel very strongly about the mother of their child providing milk as nature intended. It was a condition of Dr. Heather’s father to her mother. She warmly obliged. Conversely, the man must be 100% supportive of the woman’s desire to nurse her young, whenever and wherever the need arises and for however long that bond will last.

4) Co-sleeping. This is a big one. A relationship will fail if a woman is holding her child all night long and her spouse is fuming on the opposite end of the bed. Men and women must understand the benefits of co-sleeping. I was interviewed last summer on the topic. If you are the type of guy who thinks a baby belongs in a crib in another room (which is totally against nature), you should not be with a woman who is intent to protect that child in her arms for years. Side note….there is plenty of time for intimacy, you just need to get creative.

5) Food raising? What type of foods are you going to allow your children to eat. If dad wants an organic, grass-fed Paleo diet and mom is imposing a vegan plate (horrible idea), the relationship is going to suffer. If I allowed my kids to eat cotton candy at a baseball game after a ballpark hotdog, Dr. Heather would be infuriated to say the least.

6) Vaccines. We have actually heard stories about marriages ending because one spouse wanted to vaccinate and the other did not. There are parents who take their kid for shots without the consent of their spouse! I doubt this form of child abuse could be used in a custody battle, although it should. Make sure you discuss the issue of vaccination prior to getting married and having children. Provide literature to your significant other and if they love you, they will read it. If they are not comfortable with your decision not to vaccinate, it is best to move on to find your real soulmate who will.

7) Circumcision. Whether or not to let someone perform plastic surgery on your child seems like an easy decision. You would also assume that there isn’t a parent on earth who would allow someone to mutilate their child’s genitals without anesthetic, right? Wrong. It happens every day all around the world. Even right here in the United States of America. The Old Testament commands circumcision, affecting millions of Jews and Muslims around the world. For others, the issue is settled because “I was circumcised, so my son will be, too.” Fortunately, the tide is turning against circumcision. This information is not coming from doctors, AKA people who make money from doing the procedure and treating the complications afterward. Parents are opening their eyes to the brainwashing of society and doing what makes sense. Couples need to discuss this prior to marriage and certainly prior to getting pregnant. When you see the beauty of your newborn baby boy, intact as nature intended, please make the correct decision.

Of course there are plenty of other topics to discuss before marriage, but we feel these are of utmost importance. Just make sure to let your potential spouse know what’s important to you and for you to understand their needs. We must open our eyes and ears to what our other half has to say. It may go against or challenge the very way we were raised or think currently, but often times if we just listen without judgement, your partner’s plea just may make more sense. Don’t simply follow what others do. Instead, you need to trust your gut instincts and follow them, no matter what your mother-in-law or rabbi says!

Getting married and creating a family is the greatest thing in the world. Talk about it.