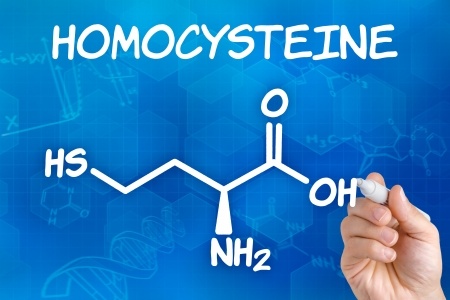 The human body is a collection of trillions of cells performing a near infinite amount of activities. Our cells are constantly building, talking, and taking out the trash.

Special proteins called enzymes speed the rate of body functions. They basically turn product A into product B. Methylation is performed by enzymes that add a methyl group (1 carbon and 3 hydrogen atoms) to a molecule such as an amino acid, neurotransmitter, or DNA to name but a few.

Methylation greases the spinning wheels inside the body. It turns on some genes and turns off others.

Methylation is dependent on many different vitamins, minerals, and amino acids such as:

But the system can get messed up.

Heavy metals such as mercury, lead, aluminum and other environmental toxins can inhibit the methylation pathway. The biochemical “wheels” get gummed up and cannot do their job.

Genetics also play a major role in that many people have DNA abnormalities leading to suboptimal methylation. Everyone should have their methylation genetics tested. Best of all, dysfunction is very easy to treat.

As a cardiologist, methylation is critical in the processing of homocysteine.

High levels of this amino acid (building block for proteins) are associated with an increased risk in coronary disease, stroke, and blood clots. Elevated homocysteine is also a risk factor for cancer and dementia.

Suboptimal methylation of lipids leads to oxidized (dangerous) LDL and dysfunctional HDL. You can have all the HDL in the world, but if it is not functional, it doesn’t help.

Nitric oxide is a vasodilator which keeps blood vessels open. It is produced by endothelial nitric oxide synthase (eNOS) which IS methylation dependent.

The methylation cascade is also involved in:

Production of neurotransmitters such as dopamine, serotonin, and norepinephrine

Cell division and the production of many proteins

DNA can be transcribed inappropriately, which along with defective cellular repair are associated with cancer initiation.

Glutathione is an antioxidant and preserves the activity of other antioxidants. In an interesting co-dependent nature, glutathione needs methylation for production and methylation processes are supported by glutathione. Glutathione also breaks down environmental chemicals, including carcinogens and estrogen mimics (xenobiotics), and escorts toxic metals (mercury, lead, arsenic, cadmium etc.) so they can be eliminated from the body.

Depression, anxiety and stress are more common in those with methylation gene defects.

Autism, ADD, and ADHD are influenced by methylation. These diagnoses are much more common in children with MTHFR mutations. Once these children are placed on the appropriate supplements, marked improvement in symptoms are often noted.

Genetic testing for methylation defects is readily available. This is a very simple blood test covered by most insurance plans. The MTHFR gene has 2 different areas that can be affected, the 677 and 1298. Methylfolate (as opposed to folic acid) is the B vitamin that is critical in bypassing this gene defect. Simply, it is the end-product of the MTHFR enzyme.

Many nutraceutical companies are using methylfolate along with methyl B12 (as opposed to cyanocobalamin) in their products. Levels of methyl folate are up to 6x greater after supplementation compared to folic acid dosing.

Unfortunately, refined foods such as cereal and rice have the inferior quality folic acid added. The folic acid interferes with methylfolate supplements as a competitor the MTHFR enzyme binding site. Avoid these “fortified” foods, especially if you have the genetic abnormality.

Methylfolate and methylcobalamin are not the only nutrients that are critical to methylation. Other B vitamins such as B2, B3, and B6 are necessary as are zinc, selenium, magnesium and copper. Vitamin C is a cofactor for methylating enzymes. Choline and the amino acid serine also play a role.

A simple blood test to assess your methylation functionality is the amino acid homocysteine. This test is available from all major lab companies.

Stay tuned as medical knowledge of methylation is rapid changing. If you are interested in lowering homocysteine and assisting with methylation, check out our Homocysteine Support.