Could a Vitamin Deficiency Lead to Heart Failure (Thiamine vitamin B1)? 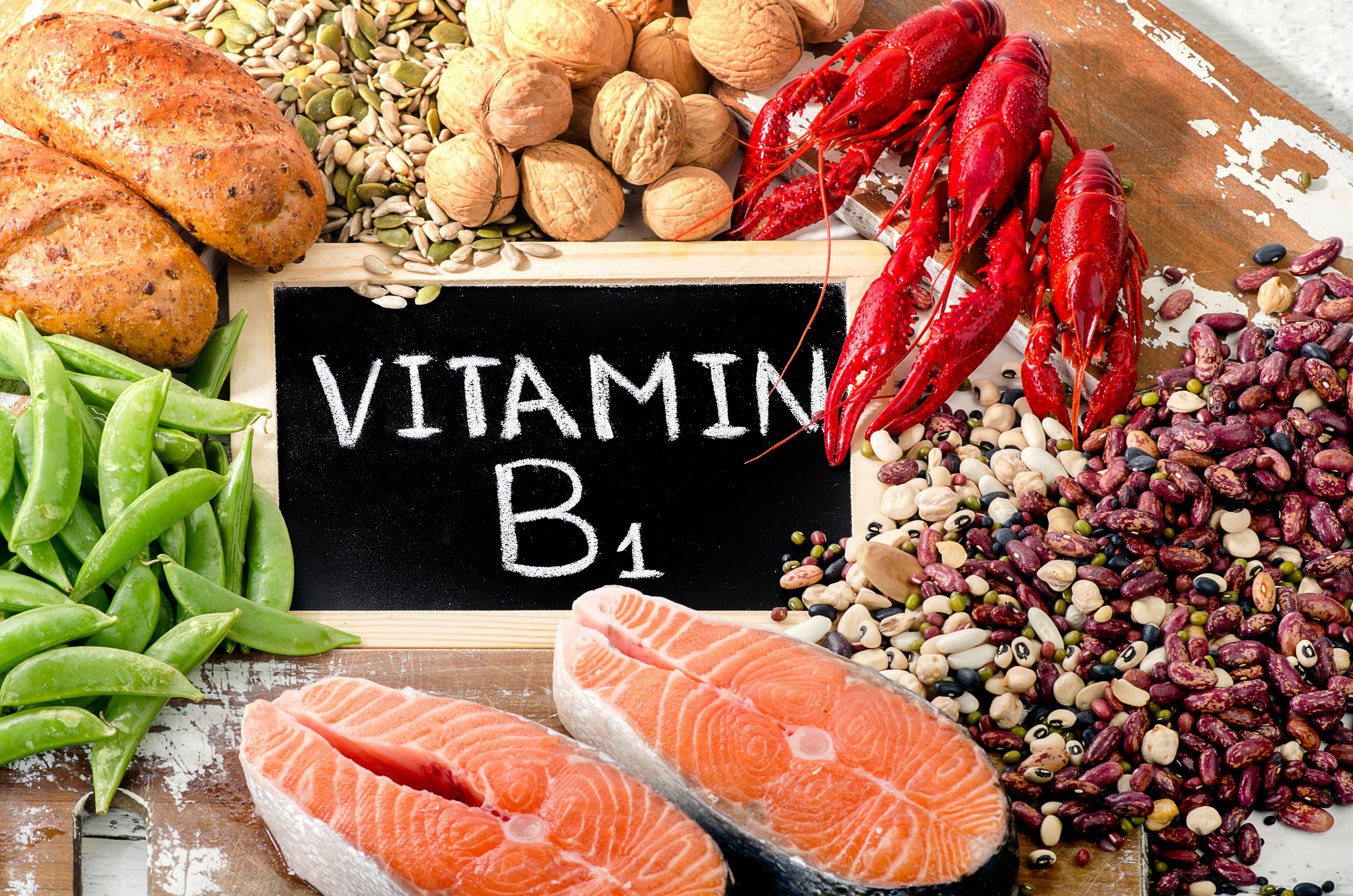 Thiamine (vitamin B1) is an essential dietary factor. Deﬁcit causes polyneuritis in animals, development of cardiovascular and neurological disorders in humans, beriberi (a thiamine deﬁciency disease) and Wernicke-Korsakoff syndrome.

Thiamine is necessary for dozens of enzymatic reactions including nerve cells and in the production of energy during the Krebs (citric acid) cycle.

The history of thiamine (B1) extends almost 100 years. It was discovered in 1926 by two Dutch scientists, Drs Jansen and Donath. The disease caused by thiamine deficiency, beriberi, was widespread in the Asian countries as early as the 19th century. It was postulated even before the discovery of thiamine that beriberi was a nutritional deficiency that was caused by the ingestion of polished rice. It was only in the 1950s that interventions to encourage the use of whole grains were developed.

Thiamine is present in small quantities in several food groups: animals, seafood, dairy, green leafy vegetables, spirulina, nuts (especially organic macadamias), and seeds as well as this organic nutritional yeast. Unprocessed grain is also a source, but since I am Paleo, there will be no further mention.

Thiamine is a water‐soluble vitamin and thus not stored in fat. with the maximum storage capacity being 30 mg. Symptoms of deficiency in a person on a thiamine depleted diet can appear within a couple of weeks.

The ATP depletion causes weakening of the cardiac muscle function, eventually leading to heart failure. Failure of the myocytes to produce ATP causes accumulation of adenosine monophosphate, which is converted to adenosine. This enhanced production of intracellular adenosine causes its buildup in the cells, eventually causing its release into the plasma by a nucleoside transporter in the cell wall. Adenosine in the plasma manifests as systemic vasodilatation, flushing, and headache.

The pyruvate accumulation, resulting from increased production (caused by enhanced glycolysis) and decreased utilization (caused by impaired conversion to acetyl‐CoA), results in its conversion to lactate. The increased production of lactate, in turn, can lead to lactic acidosis. This entire process severely disturbs the mechanics of the normal CV system. The ventricular filling pressures are increased along with increased oxygen consumption. The resistance vessels are damaged, which causes decreased peripheral vascular resistance, leading to arteriovenous shunting of blood, increased cardiac output, and venous congestion.

I prefer the Vibrant Micronutrient test for intracellular levels of vitamins and minerals including thiamine. I have seen many cases of cardiomyopathy and low thiamine. None of them are alcoholics. You do not know what you don’t test, and sadly, mainstream cardiologists are not performing this simple test.

Some studies have found thiamine deficiency in up to 98% of patients with heart failure.

B1 Supplementation Works- The Evidence

A double‐blind, randomized, controlled trial was conducted to assess the effect of thiamine supplementation on cardiac muscle function in patients with CHF. The study enrolled 30 patients with CHF and New York Heart Association (NYHA) class II to IV who had been prescribed 80 mg/d furosemide or more for at least 3 months. These patients were admitted to the hospital and randomized to receive 1 week of either IV thiamine 200 mg/d or placebo. After discharge, both groups of patients received oral thiamine 200 mg/d for 6 weeks.

There was a nonsignificant decrease in the end‐systolic volume and a significant increase in the mean LVEF in the group receiving IV thiamine but not in the placebo group. At the end of the 7 weeks of the study, the LVEF increased by 22% and the mean NYHA class decreased. This study demonstrates that thiamine supplementation significantly increases LVEF in patients with HF. Another important finding in this study is that thiamine supplementation in patients with clinically normal thiamine status may be able to reverse underlying subclinical thiamine deficiency, which may improve cardiac function.

When thiamine is given along with other micronutrients in heart failure patients, ejection fraction improves.

Cardiomyopathy (congestive heart failure) has a cause and has a cure. Get informed, get tested, and get fixed.